Low tech workshop at Kitchen Budapest for the Pimp My Gadget summer course.

Low tech workshop at the Bartlett School of Architecture, London

Low Tech Sensors and Actuators Contributions Page
Please contribute your inventions and toy/gadget reconfigurations to the wiki, so that others may share and learn from them. 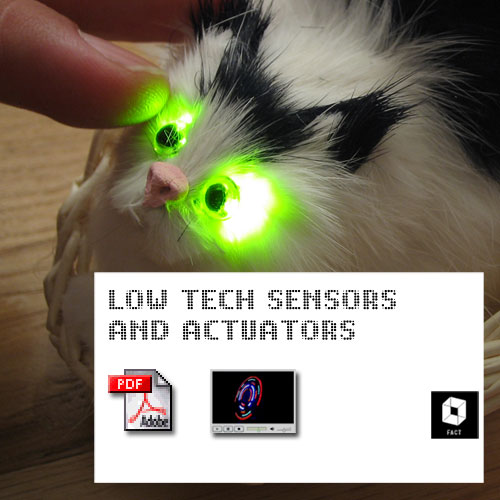 LOW TECH SENSORS AND ACTUATORS
for artists and architects

a research project sponsored and commissioned by FACT,
Foundation for Art and Creative Technology, Liverpool, U.K